It’s no secret that GrimmSpeed intakes feature performance and aesthetics that lead the pack. With years of design theories and knowledge gained from their successful intake program, GrimmSpeed has developed solutions that increase power and are very easy to install and tune. The only thing they were missing was an intake system for early models, and after nearly two years of development and testing, GrimmSpeed is extremely proud to offer what they feel is the best intake for your 2002-2007 Subaru WRX and STI, and 2004-2008 Subaru Forester XT.

The design requirements for this intake are similar to their others: the intake should reduce as much restriction as possible, it should be easy to tune and accurately measure incoming airflow, it should properly filter out potentially harmful particles, and it should look like something you’re proud to have in your engine bay.

GrimmSpeed designed this intake to meet these goals by using only minimal bend angle and pipe length which helps to decrease restriction. Additionally, their low restriction washable air filter helps here too, while still filtering particles down to 5 microns. They have also incorporated an air straightener into the design, an invaluable feature that was not utilized on the OEM airbox until later models. Finally, GrimmSpeed has continued their “Stealthbox” heatshield design, utilizing it to not only keep hot air away from the air filter, but to cover up unsightly components such as the ABS pump.

Less obvious features of this intake include the location of the air filter. Specifically that GrimmSpeed made sure that the filter is not close enough to the ground such that water/hydrolocking is a concern. The heatshield also contains provisions to mount the factory clips that hold the two coolant hoses that would traditionally mount to the OEM airbox. This keeps them out of the way, and maintains a clean aesthetic. The design of the heatshield also acts to hide the power steering pump reservoir, but does not hinder inspection or filling. Overall what is accomplished is a true hybrid of traditional Cold-Air Intakes and Short Ram Intakes, with all the advantages and none of the compromises. 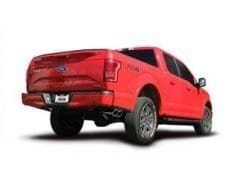 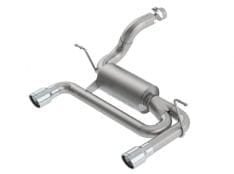 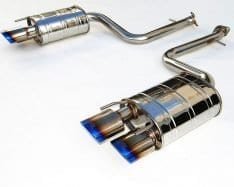 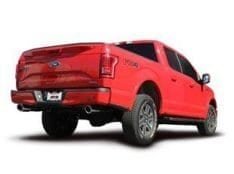